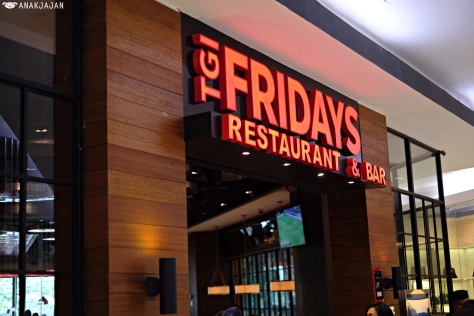 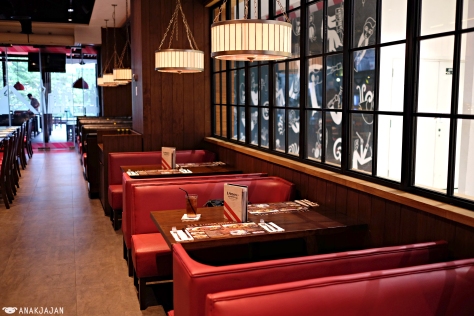 Moving on to the menu, TGI Fridays serves wide variety of American fare along with beer and cocktails. Let’s take a closer look at some of the menu.

Seafood Platter IDR 139.9k
As a starter, AnakJajan had seafood platter for sharing, the huge platter consists of golden deep fried calamari, white fish and hand battered shrimp with three condiments, hot marinara, tartar and Ibu’s chili sauce. It was fun to munch while waiting for the main dish.

So, what’s your plan for weekend hangout? If you don’t have any plans yet, TGI Fridays could be a fun place to get together with friends and family with its casual fun concept and wide variety of American dishes. Let’s Jajan!!