Mr. Linus Ligoandhika the managing director of PT. Anggana Catur Prima shared some background story about Koepoe Koepoe brand and continued with #CurhatanRasa campaign explanation by Mr. Ahmad Fachrur Rivai head of marketing division PT. Anggana Catur Prima. After that, AnakJajan had the honor to get on the stage along with Mr. Linus Ligoandhika, Mr. Ahmad Fachrur Rivai, Mrs. Asteria Elanda and Revo to share some story and our opinion about cooking activity nowadays and how #CurhatanRasa support this activity. 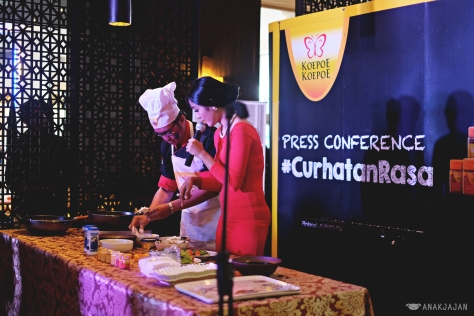 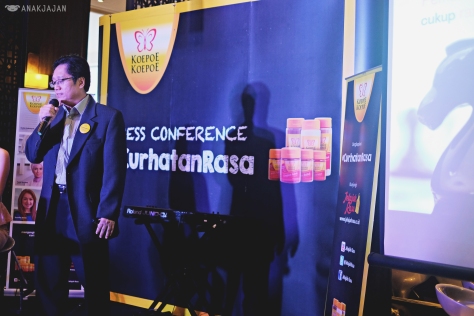 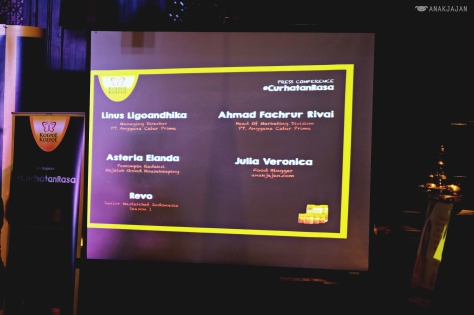 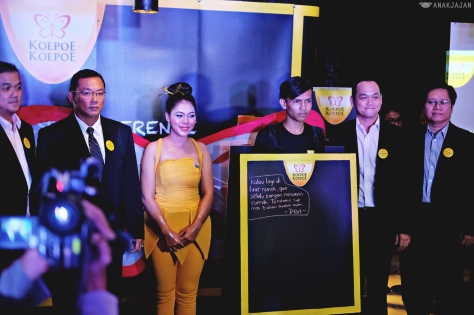 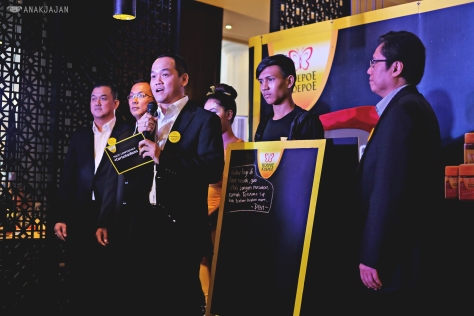 Koepoe Koepoe brand has been part of Indonesian kitchen since 1942 and they have been utilizing Indonesia’s natural resources and offering 19 varieties of Indonesian Herbs & Spices such as Black Pepper, Cumin Powder, Coriander Powder, Turmeric Powder, etc to make our lives easier in exploring and being creative in creating any dishes. 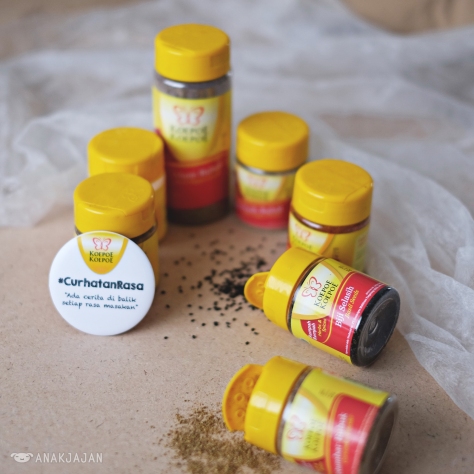 With #CurhatanRasa campaign, Koepoe Koepoe is expecting the emotional connection between cook and eater can be rekindled and also spread the spirit of cooking to younger generation to maintain the continuity of Indonesian cuisine. You can watch #CurhatanRasa video below

For me, #CurhatanRasa campaign by Koepoe Koepoe is really inspiring. Nowadays, most people especially the younger generation do not have the ability to cook and they tend to think that cooking is very troublesome and time consuming. But they forget that there are so much more meanings behind cooking activity, for example to show the affection for loved ones. I usually love to cook for Mr. Jajan because I know that he will be very happy to have his favorite dish prepared and seeing him savor every spoon of my cooking voraciously just makes me happy.

By the way, Jelajah Rasa by Koepoe Koepoe is currently having #CurhatanRasa Video and Blog Competition from 27 March 2015 till 26 April 2015, join and get a chance to win amazing prizes. Visit their Facebook page for more details about the competition https://www.facebook.com/JelajahRasa 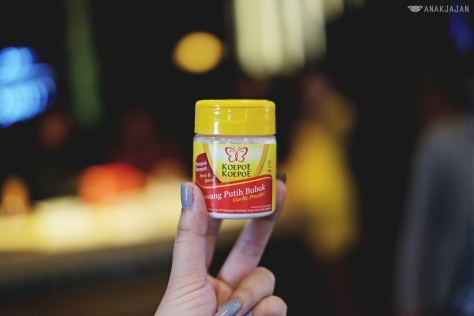 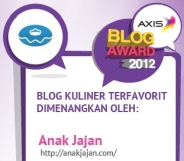 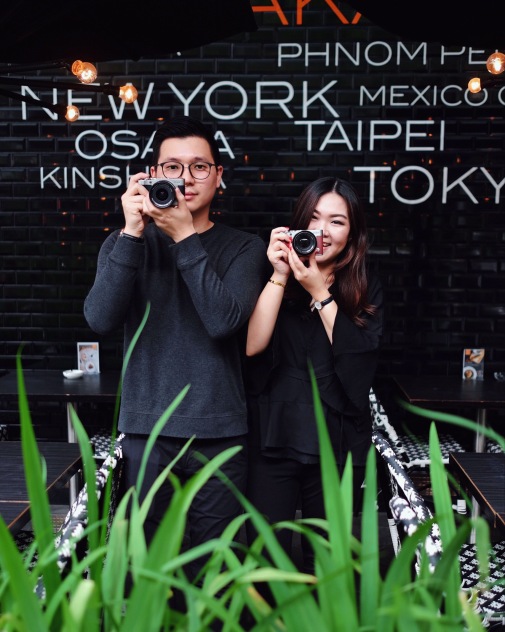