We are excited to share the good news!! The famous Yoogane from Korea has opened an outlet in Lotte Shopping Avenue Jakarta.

Started in 1981, Yoogane has since grown into one of the most popular galbi restaurants in South Korea. During out trip to Seoul last month, we can easily find Yoogane anywhere since Yoogane has sooo many outlets spread all over Korea, even in Myeongdong they have couple of outlets. 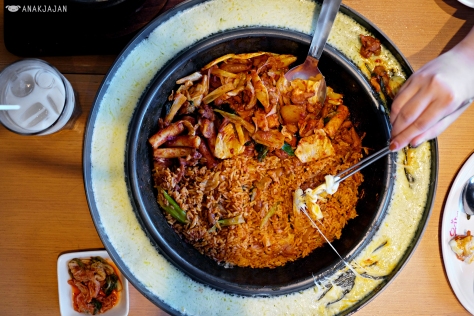 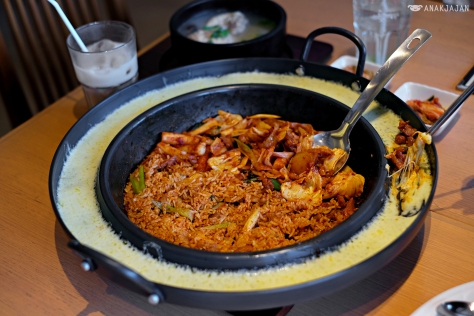 Dak-galbi is Yoogane’s specialty, it’s a popular Korean dish generally made by stir-frying marinated chicken in a gochujang (chili pepper paste) based sauce with various vegetables such as cabbage, sweet potato, scallions, onions, and tteok (rice cake) on a hot plate. 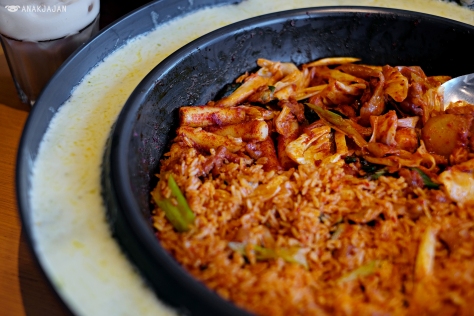 Here in Indonesia, they called it Teppan dish where they offer various teppan fried rice, noodle, and udon with various meat options both with or without cheese. But the most signature menu that you must not miss is the Chicken Dakgalbi IDR 62.7k or the one with cheese version just like our order below. Besides that they also serve other Korean dishes such as Samgyetang, Bibimbap, Ramyun, Japchae and Korean Pancake.

Being so popular in Korea or other countries such as Bangkok or Singapore. I don’t know why but Yoogane in Indonesia is kinda lack of promotion, it has been opened for quite some time in Citywalk Sudirman and has been moved to Lotte Avenue for a month but nobody noticed it. 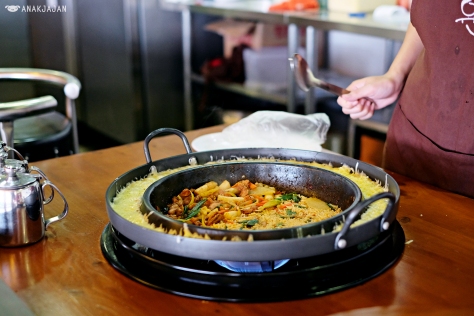 It’s located on the second floor of Lotte Shopping Avenue Mall, right beside Menya Sakura Ramen. The restaurant is pretty spacious but it lacks of the sizzling sound effect and aroma since they cook every order in the kitchen unlike in Korea where they cook it in front of customer with portable stove installed in each table.

See picture below for our chicken dakgalbi in Yoogane Korea:

The chicken dak-galbi has a strong spicy and rich seasoning just like the one we had in Korea, it has balance amount of vegetables and chicken. Chicken was marinated nicely, while the fried rice was also pretty good. But as we expected, the cheese gets cold quickly so we only managed to enjoy the melting sensation in a short time.

Samgyetang IDR 44.5k (Half Chicken)
Samgyetang is Korean ginseng chicken soup, a very comfort warm dish. The samgyetang in Yoogane was pretty nice, chicken was tender, soup was rich with chicken broth with just the right amount of seasoning. Very comforting I must say, only it lacks of Ginseng taste.

Overall, compared to the original store in Korea, Yoogane in Indonesia is much more affordable, the food tasted pretty similar maybe around 80%, the lack of stove on the table is pretty disappointing though as we cannot get the sizzling hot sensation especially with the cheese as it will get cold quickly and won’t melt anymore. Well, at least our cravings for Korean chicken dakgalbi was satisfied. Let’s Jajan!